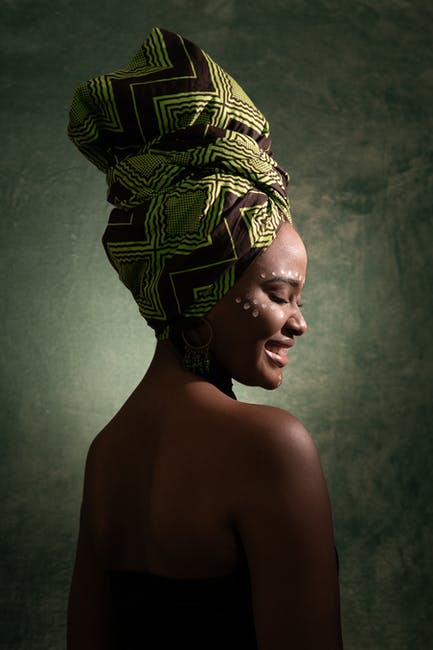 In the world, Africa is regarded with mixed opinions, mostly negative and skeptical than positive. This opinion comes from a mixture of reasons for the poor standard of living to unrest and poverty, a constant struggle that has dominated the African narrative.

However, Africans constantly change the course of history for the positive leaving an impact that can only be described as universal. Amongst these unique ones are women who shine even brighter. Why? As difficult as the African narrative is, it's even harder for women. These women fought for their beliefs in the face of overwhelming odds and even other Africans as well.

So in the women's month of March, we remember and recognize the strength of 5 of Africa's brightest gems.

When you think freedoms fighter, very rarely does an image of a woman come to mind, but Mrs Fumilayo was a personification of the word. A pioneering feminist, educator, activist and anti-colonial freedom fighter, Fumilayo Ransom-Kuti founded the Nigerian Woman’s Union, which evolved into the Federation of Nigerian Women’s Societies in 1953. Funmilayo Ransome-Kuti organized tax strikes against economic schemes negatively impacting on women, orchestrated against the exploitation of women in industry, and called for an end to colonial rule in general. She's also known as the mother of the prolific Afro musician and activist, Fela Kuti. Fumilayo Ransom-Kuti is remembered for her dedication to end injustice whereever it was found, making her one of the most important women in both Nigerian and African history.

If Africa had a mother it would be Miriam Makeba, and because of her efforts she came to be called “Mama Africa”. Born in South Africa, Miriam Makeba grew up under the Apartheid government of southern Africa. She grew up to become a human rights activist and artist, performing songs that critiqued the Apartheid government of South Africa, advocating for an end to racial disenfranchisement. Due to her efforts she was arrested severally and eventually exiled from South Africa. This didn't stop her advocacy against Apartheid and for the Pan-African movement, using her music to give a pulse to the movement from Africa to the world.

In Kenya, Professor Wangari Maathai, an environmentalist, human rights activist and Nobel laureate is famous for efforts in improving the lives of disenfranchised groups in the society, so much so she founded the Green Belt Movement in 1977. The Green Belt movement is an organization based in Nairobi, Kenya that takes a rounded approach to growth by focusing on environmental conservation, community growth and all round development. The movement encouraged women to plant trees, which helped to restore rainwater and provided them with food and fuel, while also earning a income. Maathai’s work illuminated the linkages between poverty, environmental degradation and government, eventually driving citizens to call for more commitment. Professor Wangari Maathai became the first woman in east and central African to earn a doctorate. She was decorated severally both nationally and internationally for her work.

It is said that “when the drums of war sound, the women run for the home while the men run to the yard”, Queen mother Yaa Asantewaa of the Ashanti tribe proved that there are exceptions to this rule.

In he years of violent British colonialism, She led her warriors to challenge the complete domination of the Ashanti Confederacy and demand the release of the King, Asantehene Prempeh I against both internal and external opposition. Eventually Exiled for her efforts, The queen mother is remembered for her bravery and military fortitude. She embodied the selfhood of female leadership in anti-colonial systems. Her efforts were an inspiration for future generations of Ghanaians who sought independence.

5. Queen Nanny of the Windward Maroons of Jamaica.

In the Era of slave trade,maroons (former slaves who escaped to form communities of their own) where hunted down and enslaved by their masters. Queen Nanny of the Windward Maroons became a beacon of unity, as she led her soldiers in a successful war against the British resulting in the eventual signing of a treaty that secured land for her community. As military strategist, political leader and “obeah” woman, Nanny led her people in positions commonly and by default wrongly perceived as masculine. Born in Ghana originally, Her efforts gained her recognition as a national hero in Jamaica, Queen Nanny symbolizes resilience, harmony and “the centrality of womanhood to resistance”.

These women against all odds have embodied the strength of the African culture, changing the narrative through valiant effort, strength of will, and passion to a cause that meant change regardless of personal cost. They serve as an Inspiration to get better both to men and women alike, to aspire not just to attain a better life but to better the life of those around us and as many as we can touch as well.

Their strength will live on as we celebrate them and all they stand for.

Edves is raising $2.5M Pre-Series A round to continue expansion in Africa.

Welcome to EDVES.
How may we help you?